No obvious next of kin 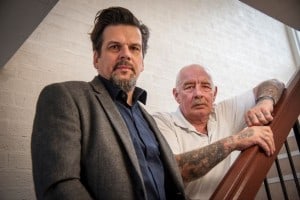 Cuts mean the Government isn’t even looking for wills any more, and that means thousands of people and charities could be losing out as fraudsters and the taxman cash in – how to check
In early 2015 cuts to budgets meant that government lawyers simply stopped looking for wills if there was no obvious next of kin when someone died. And the results have not been pretty.

Each week another 50 names go onto the official list of people with no obvious next of kin – and if no one steps forward, that money goes straight to the government.

But in large numbers of cases it turns out there IS a will, just not one that’s been looked for.

“Valid wills do exist for, on average, one in every five cases currently being advertised as intestacies [without a will] by the Government,” said Danny Curran, of Finders International.

And this raises three big problems.

“Firstly, estates could be passing to the wrong people; secondly, family members are having their hopes of inheritance dashed and lastly, legal support services are having to pick up the bill to conduct will searches where no other party is willing to,” Curran said.

“Most importantly, because no one is checking for a will at the outset of death, the deceased’s wishes remain unfulfilled.”

Needless pain for relatives and opportunities for fraudsters

Given the number of new names appearing on the list, firms are cashing in.

Probate organisation IAPPR estimates that millions of pounds’ worth of inheritance money could end up in the wrong hands, or worse still in the hands of fraudsters.

Beneficiaries named in wills can miss out if a will is not found or properly searched for, while next of kin are being contacted and told they’ll be getting money when it’s simply not true.

“Family members expecting to inherit something from a deceased relative are being let down dramatically,” Curran said.

In other cases, the IAPPR also warned that fraudsters have already acted on information published on the government’s registry of unclaimed assets to seize control of estates.

“In my mind, I’d already retired”

She did, however, have a nephew – Steve Hawkins.

Although he had lost touch with Eileen in his adult life, he recalls many holidays with her when she used to look after his grandmother at the family home in Aberystwyth, where Eileen was born. He had not seen her since his teenage years.

No will search was conducted so Steve, 59, became apparent heir to her estate.

“In my mind, I’d already retired myself,” the painter/decorator from Chelmsley Wood, Birmingham, said. “I thought there were no holes in this, and that it was all coming to me.”

But he was wrong. When Finders International checked it turned out that Eileen had left a will – and her money was to go to charities, not Steve.

“My only hope is that it doesn’t happen to other people – having their expectations raised unnecessarily,” Steve said.

“Had we known there was a will from day one I would have been none the wiser.”

How to check if you’re owed money

The government posts a list of the people whose estates they will claim every Thursday. You can find it here.

They keep the money safe for 12 years, and even pay people interest on the money they’re due, before claiming it for the Crown.

In fact, you can make a successful claim up to 30 years after someone’s death, in some circumstances.

Because the list is public, genealogical firms like Finders International, Title Research and Fraser & Fraser take a look to see if there is anyone easily traced who could be owed money.

They then contact the people who could be in line for the cash and offer to check to see if they are due payments.

This can result in a fee – either fixed or a percentage of the inheritance – if you end up getting money, but is generally free to check if you’re elligable.

Alternatively, you can do your own research and make a claim yourself.

The Government has advice on making a claim on its official website , the key point is you need to find enough documentary evidence to show you’e more likely to be due the money than the Crown.

Be warned though, thanks to Government cuts you could end up spending a lot of time – and money – on research only to find out that you’re not elligible.

“In our view, the solution to this escalating problem is simple: If the Bona Vacantia division reverted to an inexpensive will search prior to advertising estates they would find many estates do indeed have valid wills and need not be advertised,” said Finder International founder Curran.

“Not only would this ensure the deceased’s wishes are met it would lessen the unnecessary grief and upset being generated at present.”